Nothing beats the magical excitement of visiting a great toy shop in the run-up to Christmas. Most toy retailers aim to give families the ultimate fun experience. Being in competition with online retailers is never easy, but high street stores have an advantage, as the children can play with the toys before they buy. 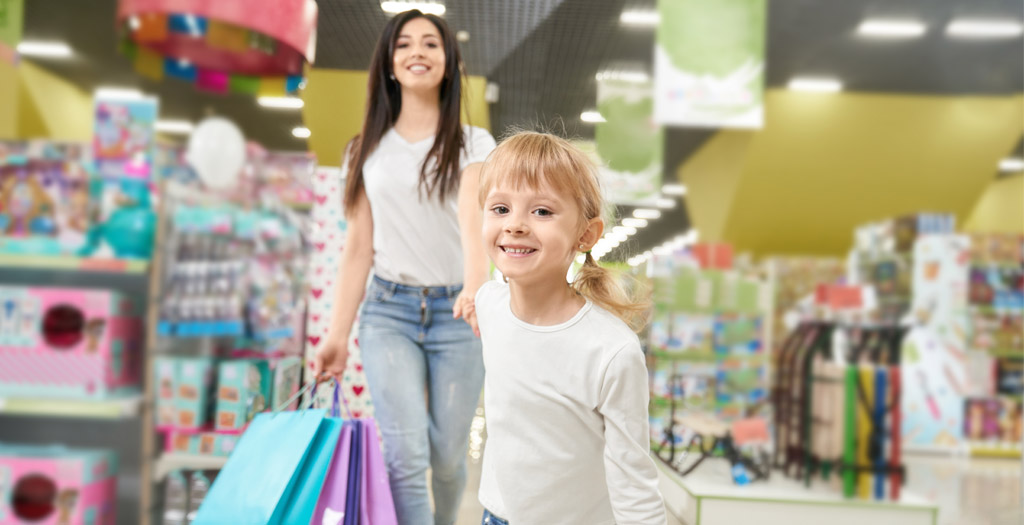 The UK’s best toy shops are aimed at providing a complete all-round experience, stocking a wide variety of traditional and modern toys, with plenty of opportunities to have fun and test the merchandise. Read on to find out about the UK’s top five toy shops…

Hamleys is London’s most famous toy store, with more than 50,000 toys spread across seven magical floors. Located on Regent Street, it also has a massive amount of entertainment and exhibitions in-store, bringing a high level of interaction for customers during their visit.

The ground floor is particularly amazing, as it is devoted to plush stuffed toys. Hundreds of cuddly animals, from regular teddy bears to exotic stuffed toys, such as dolphins and turtles, rub shoulders with life-sized elephants and giraffes!

Hamleys is the world’s largest and oldest toy shop. Launched as Noah’s Ark at 231 High Holborn, in London, in 1760 by William Hamley, ownership has been handed down through the family over the years.

In 1881, the store moved to its current location on Regent Street. Today, it’s owned by the Indian company, Reliance Retail, boasting revenue of more than £43 million.

The largest Disney store in Europe is located at 350 Oxford Street, London. As soon as you step inside, there’s a magical atmosphere, which children love! Things that make it so special include a 267ft tall Princess Castle and a magical mirror. It also contains every Disney toy you can imagine, even the rarer ones that can’t be found elsewhere.

The Disney stores began with their first retail outlet in March 1987 in Glendale, California. The London store, which opened in 1990, was the first one to be launched outside of the United States. It offers many events for all the family, such as Frozen workshops, where children can draw characters from the movie and sing along to the songs.

Harrods department store in London is a magical wonderland for children. Toy Kingdom, on the fourth floor, boasts 26,000 sq. ft of space, filled with every toy a kid could dream of! It features six themed areas, with an atmosphere that puts everyone in the mood for Christmas.

With plenty of rare toys, that customers may have been unable to find elsewhere, there are also in-store toy demonstrations to make a visit more of an occasion. The fascinating reading room is a family favourite which can never be replicated by online stores. There’s even a toy concierge, who will search for the more unusual toys for eager young customers!

The toy department opened in 1894. In August 1921, Daphne Milne, the wife of author AA Milne, bought a teddy bear there for her son, Christopher Robin. The bear became the inspiration for Winnie the Pooh.

Scotland’s renowned independent toy shop stocks a wonderful range of toys, with favourites such as Lego, Playmobil, Meccano, Sylvanian Families, Le Toy Van, K’nex and many other brands. Located on West Princes Street, Grasshopper Toys organises lots of activities and competitions for kids all year round.

Including a Letter From Santa service, the store also has a fabulous Santa’s Grotto. The family-run business aims to help children learn through play, and with a passion for the environment, the company even keeps its own beehives to protect endangered honeybees!

They minimise plastic packaging, opting for recycled cardboard instead – they even have their own special recycled gift wrap!  As well as stocking educational toys, they have a large range of “play for play’s sake” toys too.

The Lego store offers a huge selection of Lego toys, including rare examples that you may not have seen anywhere else. As well as demonstrating the sets actually made up, you can ask for expert advice and get tips and tricks to help you build toys more successfully.

The shop sells everything from individual mini figures to huge boxed sets and boasts an interactive play area in the centre, which attracts kids who can enjoy hands-on playing. There is also a unique Pick-a-Brick wall, which has many different Lego elements to complete your toys. The store hosts family fun events too.

It’s that time of year again, folks! If you have any toyshop/toy advice or experiences that you could share with all the Mr and Mrs Clause out there, please visit our customer reviews platform – it could help to make a kid’s Christmas that bit more special!

After the stress of waiting for exam results, for many…