The legendary American singer, Prince, was one of the most successful musical artists of the 1980s, winning eight Grammy Awards, six American Music Awards, a Golden Globe and an Academy Award for his film, Purple Rain.

He became an inductee of the Rock and Roll Hall of Fame in 2004 and wrote many songs for other celebrity artists, such as Madonna, Chaka Khan, Stevie Nicks and Celine Dion, to name but a few.

His 1984 single, When Doves Cry, was named by the Rock and Roll Hall of Fame as one of the top 500 songs in history, while it was number 52 on Rolling Stone magazine’s top 500 list. Achieving platinum status, it was number one in the US singles chart for five weeks.

How it all began

It seemed inevitable that Prince would enter the music industry, as he came from a musical family. Born Prince Rogers Nelson in June 1958 in Minneapolis, his mother, Mattie Della, was a jazz singer, while his father, John Lewis Nelson, was a songwriter and pianist.

The young Prince wanted to be a singer, like his parents, from a very young age. His father had a piano and Prince learned how to play. Legend has it that he composed his first song, called Funk Machine, on the piano when he was just seven years old!

Delighted that the youngster had showbusiness aspirations, his father enrolled him at Minnesota Dance Theatre. Prince also learned to play many musical instruments, including string, keyboard and percussion instruments.

At the age of 17, in 1975, he won a recording contract with Warner Bros, after submitting his first demo tape. He had his own band, 94 East, led by Pepé Willie – his cousin Shantel’s husband. Willie was said to have been a major influence on Prince in the early years.

Prince’s first solo album, For You, was released on 7th April 1978. He often played all the instruments on his albums and the words, “Produced, arranged, composed and performed by Prince”, became a familiar sight on all of his records.

Apart from his stage persona and his amazing musical finesse, what made Prince special was his unbelievable vocal range. He was known for his improvisation on stage, allowing his voice to soar through a full five, and sometimes maybe even six octaves, according to experts who have studied his range.

In the song, Temptation, released in 1985, he was said to have hit a G7 note – which was known as the highest note a person could sing.

Only a handful of other artists have been credited with reaching a G7, including Mariah Carey and Miley Cyrus. There has been much debate in studies about whether Prince had a five or six-octave range. Temptation is famous for containing notes in at least five octaves in the same song.

Although there has never been a definitive study, his vocals have been described as “freakish” because he had such a wide range, singing even the highest notes with ease, using his voice as an instrument.

Throughout his career, he was famous for his best-selling albums and amazing live shows. Released in 1982, his most famous recordings included the album, 1999, which sold more than three million copies across the world.

In 1984, the follow up album Purple Rain enjoyed even more astounding success, with 13 million copies sold worldwide. The album was certified six-times platinum in Canada and double platinum in the UK.

It was the soundtrack to the film, Purple Rain, in which Prince starred as a rock star called The Kid. The plot of the film charted how The Kid’s stage performances and career began to slide as they became entangled in his confused personal life. The film won an Academy Award for Best Original Song Score.

Prince recorded a total of 39 studio albums. Among his best-sellers were Around the World in a Day in 1985, which went double platinum in the United States; Lovesexy in 1988, which was number one in the UK and across Europe and number 11 in the US; and Diamonds and Pearls in 1991, which was a triple platinum album in the UK.

The hit single, Diamonds and Pearls, was released from the album in November 1991. It reached number one in the US R&B singles chart, number three in the US Billboard Hot 100 and number 25 in the UK.

Thanks to its heavy drumming and guitar, the song was an upbeat ballad with a rock edge. Essentially, it was a love song that featured the vocals of Rosie Gaines, who was a member of Prince’s backing band, The New Power Generation. It was the first Prince recording to feature his new brass section, called The Hornheadz.

Written by Prince, the lyrics suggest that the narrator would give the woman he loved expensive gifts, such as diamonds and pearls, if he could, as he says, “If I could, I would give you the world.”

However, he doesn’t have enough money to give such tokens of his feelings, as he adds, “All I can do is just offer you my love” and declares that “love must be the master plan”.

The song follows a theme common in a number of his songs (such as When Doves Cry in 1984) when it describes discord in a relationship. He asks, “Which one of us is right if we always fight?” and adds, “Love is meant for two – now tell me what you’re gonna do.”

The video features some very expensive-looking pearls, which were loaned from the Los Angeles-based jewellery designer and collector, Connie Parente. The necklace was one of her own 1960s’ costume pearl necklaces.

In an interview about the video, Parente said the necklace was supposed to break as Prince simulated love-making to a girl in the video, but he loved the pearls so much, he changed his mind and the necklace remained intact.

The song has been the subject of much debate on fans’ forums, due to an apparently ambiguous line, where Prince asks, “Would you be a happy boy or a girl?”

Some interpretations have suggested the narrator is referring to an unborn child. Prince never clarified the meaning of the lyrics, so we will never know.

Going down in history as something that will never be forgotten, Prince’s live performances were legendary. One of his most memorable was when he was invited to get up on stage with the iconic godfather of funk, James Brown, at his gig in Beverley Hills in 1983.

Prince, who had been in the audience, gave an impromptu guitar solo, ripping off his jacket and dancing around bare-chested, to the delight of the audience.

Prior to Prince being invited on to the stage, Michael Jackson had also been spotted in the audience and Brown had invited him up to sing. It was Jackson who told Brown that Prince was in the audience – hence the unplanned live show with three of the most iconic stars of the 1980s.

Prince’s debut live show to promote Purple Rain was a charity benefit concert in Minneapolis, on 3rd August 1983. It was the first time anyone had heard the likes of Purple Rain, Let’s Go Crazy and Baby I’m a Star, in a high-energy, 70-minute performance.

He was also invited to perform live at the Super Bowl, in Miami, Florida, on 4th February 2007. It was a mark of his continuing dominance as a live performer that led Billboard magazine to rank his performance at half-time as number one on the list of the best artists to have played at the sporting event.

Prince’s influence as a live performer and recording artist continued until his death on 21st April 2016, at the age of 57. He had completed 29 tours during his long career and has left a lasting legacy in the shape of his wonderful music.

If you’ve purchased any diamonds and pearls (or any other jewellery), would you be good enough to leave a review on Psydro’s consumer reviews platform? We are just dying to hear from YOU!

While a trip to the supermarket may be convenient for…

Woolworths: Have a Cracking Christmas!

As an Aladdin’s cave of toys and other festive gifts,… 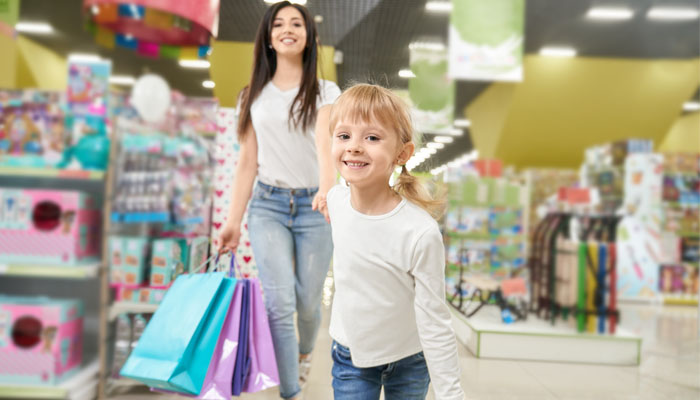 Nothing beats the magical excitement of visiting a great toy…