Featuring a group of senior citizens living in the rural west Yorkshire hamlet of Holmfirth, the gentle comedy, Last of the Summer Wine, ran for more than 30 series on BBC1, making it the world’s longest-running sitcom. Every episode was written by one man – Roy Clarke – who followed the adventures of the elderly villagers for an amazing 37 years.

How did it begin?

Clarke had written a sitcom called The Misfit (broadcast on ITV between 1970 and 1971) revolving around Basil Allenby-Johnson, who had returned to Britain from his colonial lifestyle abroad and found it a changed place. It was the end of the swinging sixties and the England he remembered had vanished.

BBC head of comedy Duncan Wood enjoyed The Misfit and subsequently asked Clarke to write a sitcom about three elderly men and their mischievous antics. Initially, the screenwriter thought it a boring concept and nearly turned the job down.

However, he agreed to take the job if the men could be widowed, unmarried or divorced, so they could roam around the countryside, behaving in an uninhibited manner like teenagers. Wood agreed to his demands and work began on the pilot episode.

The exterior shots for the pilot were filmed on location in Holmfirth and the beautiful Yorkshire countryside, while the interior sets were built at BBC Television Centre in London.

Where did the title come from?

Clarke chose the title, Last of the Summer Wine, to imply the characters weren’t in the autumn of their lives and were still in the summer – albeit the “last” of the summer. However, BBC producers wanted to call the series The Library Mob in reference to one of the characters’ haunts, and claimed the name, Last of the Summer Wine, was “forgettable”.

Clarke preferred his idea and used it as a working title. However, the pilot show, which was broadcast as part of the BBC Comedy Playhouse series on 4th January 1973, was called the rather odd title, Of Funerals and Fish. The pilot show was a favourite among viewers and a full series was commissioned. Clarke persuaded the BBC to use his title and hence Last of the Summer Wine was born.

The exterior filming continued to take place in Holmfirth and the interior filming was done in front of a live audience at the BBC TV centre until the early 1990s. However, Last of the Summer Wine was the BBC’s first comedy series to eventually dispense with the live studio audience and all of the filming was transferred to Holmfirth.

Who were the main characters?

The plot centred on three elderly friends who had plenty of fun wandering round the Yorkshire village, with lots of time on their hands, wreaking havoc wherever they went. Peter Sallis played Norman Clegg – an easy-going, average kind of chap, who always ended up in extraordinary circumstances, thanks to his two pals.

Bill Owen played the impulsive, mischievous and ultimately likeable Compo Simmonite who enjoyed causing chaos, while Michael Bates played arrogant, uptight Cyril Blamire, who couldn’t have been more different from Compo. An ongoing part of the plot was Compo’s romantic pursuit of Nora Batty (played by Kathy Staff) who was famous for her wrinkled stockings.

After Bates had to leave the show due to ill health after two series, the role of the third member of the trio was played by various actors over the years. Perhaps the most famous was Brian Wilde as Walter “Foggy” Dewhurst – a former soldier who frequently boasted of his exploits during World War II.

Peter Sallis was the only member of the cast to appear in every episode of the show throughout its 37-year run – from the pilot show on 4th January 1973, to the final episode on 29th August 2010. In total, there were 295 episodes, comprising the pilot show, 31 series and a number of specials.

At the height of its popularity, it was broadcast in more than 25 countries and it still gains good viewing figures on the re-runs on the cable channel, Gold, to this day. Many full episodes are available on YouTube – attracting more than a quarter of a million hits.

What were the funniest moments?

Last of the Summer wine had so many hilarious moments over its 37-year run that it’s almost impossible to single out one or two special ones.

In the 1977 episode, Green Fingers, Clegg is looking for a source of fresh vegetables after complaining about the “deterioration of the British vegetable”.

The trio sets off in search of some “proper” vegetables from the green-fingered Lewis Bickerdyke. However, they somehow end up with a giant plastic carrot, aimed at making the obnoxious Bickerdyke feel inadequate.

As they walk down the street, giggling together like schoolboys, suddenly their carrot starts to hurtle on its own down the hill, leaving the audience shrieking in hysterics as it gathers speed like a giant, orange boulder.

There’s also plenty of slapstick humour, often created by Compo, including scenes of him flying through the air after being propelled over a wall rather too enthusiastically by his pals, or wearing a giant birdman costume, convinced he can fly, but instead losing his trousers!

End of an era

After the final series ended in 2010, various episodes, specials and boxed sets were released on DVD – the most recent being The Complete Collection in December 2017, containing the pilot episode, every series and all of the Christmas and New Year specials.

In 2010, Ken Kitson and Louis Emerick (who played police constables Cooper and Walsh) created the spin-off play, An Arresting Night, which was staged in Holmfirth.

The duo have also been campaigning to get a new series off the ground, featuring some of the old characters from Last of the Summer Wine. However, despite filming a short pilot, the series has yet to be taken up by a network.

Whether you’ve been to a wine bar, purchased wine online or in a retail store, been to a vineyard or had the pleasure (or not) of a wine-tasting excursion, we’d love to hear from you! Psydro is a consumer review platform that can’t wait to hear about all your purchasing experiences!

Remember, every time you write a review, you’ll be eligible to enter our amazing competition… you’ve got to be in it to win it. Bottoms up!

Why should you buy your...

Is there a good time of year to buy a… 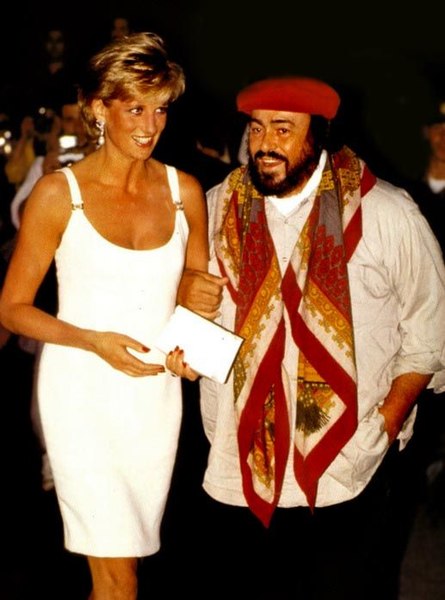 Princess Diana was known as the “People’s Princess” for a…

Food and Drink Others

People with a sweet tooth could be hit by a…