There have been many food trends in the 21st century – perhaps because social media makes it easier for us to find out what other people are eating and try it for ourselves. When it comes to the top food trends of 2019, there were some fabulous and innovative ideas.

The British public is becoming increasingly environmentally aware and many of us have modified our diets to try foods that don’t have a negative impact on the planet. Read on to find out more about the top food trends of the past 12 months… 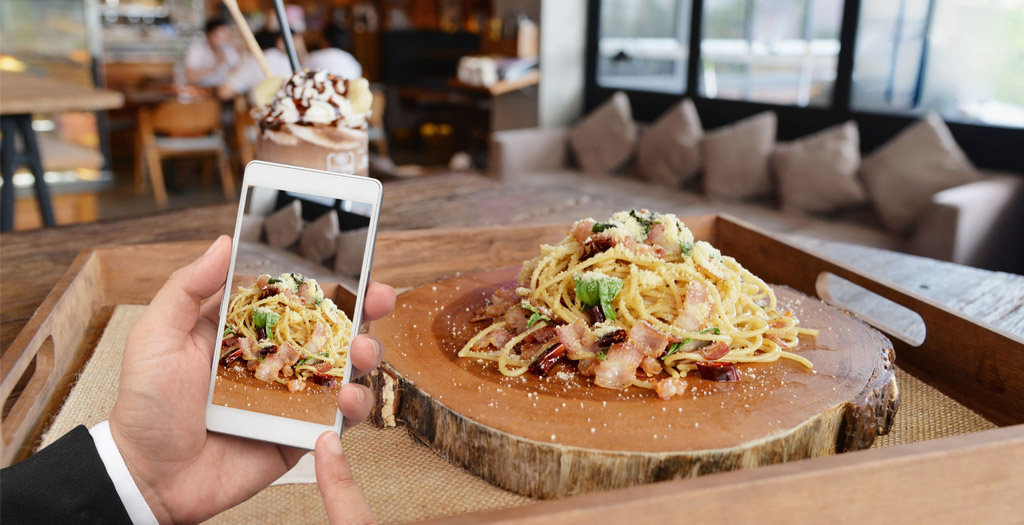 One of the biggest trends of 2019 was going vegan. Leading restaurants such as Gauthier Soho and the fish and chips chain Sutton and Sons introduced vegan menus, indicating something massive was happening in the industry. According to consumer research, 3.5 million Brits identify as vegan today.

Retail giant Marks and Spencer introduced a new vegan range and supermarkets all over the UK launched new meat-free meal options. Surveys showed 20% of under-35s tried going vegan and 25% of Brits’ evening meals were meat-free. It isn’t a niche market anymore and the growth in plant-based meals continued throughout 2019. Retailers even began stocking vegan wines to satisfy the new demand.

Consumers demanded to know which foods had the least impact on the environment. Sustainability became the buzzword of 2019 and the momentum increased as the year progressed. It’s not a case of cutting out one group of foods, such as dairy or meat.

Consumers are shopping for locally-produced foods and reading up on which products have the highest environmental impact. Scientists claim beef farming has a big negative impact, as it has caused deforestation and the cattle have high demands when it comes to eating. Foods with low environmental impact include tomatoes, lentils and mussels.

In 2019, people were preparing food that looked good enough to post on Instagram. For a lot of consumers, this was a key consideration when preparing meals. Foodies wrote blogs on their websites or social media channels about how to get your food Instagram-ready!

If you want to boast about your food, the experts advise taking a photo in soft, natural light and not over-thinking it by cramming in everything but the kitchen sink! It’s also recommended to avoid clutter in the background, such as dirty pans or utensils.

Another trend was eating new recipes or types of food that had never been created before in the UK. These included pizza bases made of vegetables such as cauliflower, rather than dough. Other new products included Marmite-flavoured peanut butter – launched in response to people posting pictures of themselves eating Marmite with peanut butter!

Snacks made from mushrooms hit the market as a vegan-friendly option to crisps – reishi and oyster mushrooms are commonly used. They are freeze-dried and cooked at a low temperature to produce crunchy snacks in savoury flavours.

A vegan-friendly honey alternative appeared on the shelves, made from organic brown rice.

Food as an experience

Food became part of a whole experience that combined eating and shopping under one roof. Although many shopping malls already had food halls, with many different fast food outlets operating side-by-side, smaller independent businesses began combining dining out and shopping.

The latest craze was the butcher-bistro hybrid. Brands such as Hill and Szrok in London and Butcher’s Tap in Marlow blended shopping with dining and bars. Bowland Food Hall in Clitheroe combines a major showcase for Lancashire’s food and drink producers with a cafe, where customers can sample the produce, or simply enjoy a cup of tea and a chat.

Low or no alcohol drinks became increasingly popular, not only in bars and restaurants, but also on the supermarket shelves. Everything from sub-0.5% ABV craft beers to serious mocktails attracted younger Brits in particular. People were socialising while reducing their alcohol intake.

Drinking low or no alcohol beverages grew in sophistication and it was no longer just the designated driver who cut out the alcohol on a night out. Research shows a quarter of young Brits under 25 years old don’t drink alcohol at all. One-in-five adults tried to reduce their alcohol intake in 2019 and drinking was at its lowest rate in 18 years.

Technology has increasingly taken over in the food industry. In 2019, the somewhat controversial practice of going cashless took off in a big way. Bars, casual restaurants, coffee shops and food stalls were increasingly going card-only: food businesses who have gone cashless say it helps reduce queues more quickly. It’s also safer for individual vendors if they don’t have a wad of cash on the premises at the end of a busy day’s trading.

In terms of the technology used in food production, the methods continued to change in 2019, with ongoing advances in fertilisers, herbicides and modern machinery increasing yield. Automation, artificial intelligence and robotics played an important part in the food industry.

The number of delivery-only restaurants (also known as ghost restaurants) grew to cater for the number of consumers booking food orders online. Some introduced advanced AI that decided which part of the meal to cook first. It also reordered ingredients automatically when needed.

Smart ovens evolved, enabling them to multitask, replacing several kitchen appliances: the convection oven, air fryer, slow cooker, broiler, warming drawer and toaster could all be combined in one machine.

As the food trends begin to develop for 2020, experts are expecting more of the same, with technology improving to keep pace with customer demand for faster meals, bigger menu choices and quicker home delivery times. The trend for vegan foods and no alcohol drinks also seems to be on the increase.

We’d like to hear about the food and drink trends you’ve experienced over the past 12 months – and what your thoughts are on how 2020 is shaping up. Share your dining or food shopping experiences on Psydro’s customer reviews platform.  Sign up today and join Psydro’s growing community of online reviewers!

The multi award-winning comedy film, The Devil Wears Prada, was…

Lady and the Tramp

A Walt Disney classic, Lady and the Tramp is an…

The Story of Selfridges at...

There’s nothing better to stir up the festive spirit than…