The European airline Flybe has become the latest in a long line of travel companies to collapse in recent years. News of its closure was announced on 5th March. 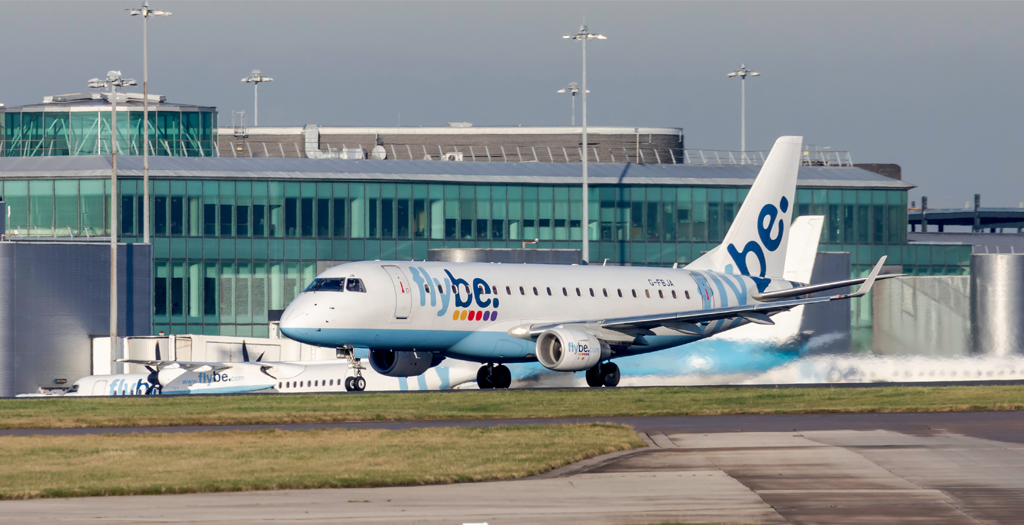 The company had reportedly been struggling for several months, with bosses trying to find a way forward since the beginning of 2020. However, announcing Flybe had gone into administration, they said the coronavirus outbreak had finally finished them off.

Following the announcement, the government said it would do all it could to help Flybe’s employees find new jobs. It was also working with other airlines to replace as many flights as possible. Passengers were arriving at airports to find their flights were cancelled before they had heard about the airline’s collapse.

Flybe had a major presence at several UK airports including Belfast City, Aberdeen, Manchester and Southampton. It flew around nine million passengers per year to 170 destinations on the continent.

The impact on passengers

Thousands of passengers have been left stranded in airports across the world and there is a knock-on effect on related industries, including hospitality. The number of stranded passengers is still being assessed.

More than 30 flights from Edinburgh were cancelled, including domestic flights to destinations such as Cardiff, leaving hundreds of passengers stranded. They were advised they would have to find their own way.

This is the second UK airline to collapse in six months, after Thomas Cook went bust last September. Founded in 1841, by businessman Thomas Cook, the company that revolutionised the package holiday was the oldest travel firm in the world.

However, insurmountable debt led to Thomas Cook’s demise. The company couldn’t clear a debt of £1.1 billion, following some ill-advised deals – including its 2007 merger with My Travel Group.

Have other airlines collapsed?

Since 2017, there has been a series of high-profile airline closures. Britain’s Monarch Airlines, launched in 1968 and based in Luton, collapsed on 2nd October 2017, affecting around 900,000 passengers. Already hit by the weakened pound, it failed after security fears led to a decline in travel to Turkey, Tunisia and Egypt.

The UK’s regional airline Flybmi folded on 16th February 2019, citing uncertainly over Brexit as one reason for its failure. Bosses said they had been unable to secure contracts in Europe as a result of continued uncertainty over the future.

Elsewhere in Europe, Danish airline Primera Air ceased trading on 1st October 2018, after cancelling flights earlier in the year, blaming delays in receiving its aircraft from Airbus. It faced a flood of complaints about a below-par service.

Following the most recent collapse of Flybe, passengers are justifiably worried about whether they will end up out of pocket. The ATOL scheme has been protecting passengers since 1973 – the law says a passenger on a package holiday must receive protection against losses.

Unfortunately, flights bought directly from Flybe are not ATOL-protected, so passengers left stranded, or unable to set off on their holiday, may suffer a financial loss. If they bought their trip through a separate travel agent, they might be covered if the agent was ATOL-registered.

According to media reports, the chances of Flybe passengers receiving a refund are “highly unlikely” – few booked a full package holiday. They may be able to try for a refund through their credit card provider, or through their travel insurance.

Many passengers who ended up out of pocket when Thomas Cook collapsed were covered by ATOL. In the case of Flybe, if customers are already abroad, they are advised to look into what kind of travel insurance policy they have and discuss a way forward with their accommodation provider.

According to data analysts Defaqto, around 49% of policies offer airline failure cover, a further 19% offer it as an optional add-on and 32% don’t provide it, so these people wouldn’t be able to make a claim.

Your travel destination may affect whether you’re covered to be reimbursed in the event of a cancelled flight. This has become particularly relevant in the case of the current coronavirus outbreak, or in countries where there has been political unrest. Cover may depend on whether your destination was considered safe when you booked your trip.

How do stranded passengers get home?

When Thomas Cook collapsed in 2019, thousands of passengers and aircrew members were left stranded all over the world. Other airlines, including Air Malta, stepped in to try and help them get home.

Passengers paid Air Malta 50 euros each for emergency rescue from destinations such as Amsterdam, Berlin, Paris, Milan, Geneva and other European countries. Some of the major tourist destinations were worst hit – in Greece alone, an estimated 50,000 holidaymakers were left high and dry.

The announcement came when some planes were still in mid-air, so people were arriving at their holiday destination to find Thomas Cook had gone bust and their break was over before it started.

Around 600,000 holidaymakers were affected by the demise of Thomas Cook and were left stranded all over the world. Britain’s Civil Aviation Authority arranged for many people to get home to the UK and was arranging flights until 6th October to help Brits stranded abroad.

Have you been affected by the collapse of Flybe, or by flight cancellations due to another reason, such as coronavirus? If so, let others know about your experiences with airlines and travel groups on Psydro’s unique reviews platform.

Should Pharmacies Join the Tech...

As new technology is transforming every type of business across…

Spending hours waiting for a parcel delivery firm to arrive,…

Should Airline Pilots be Allowed...

Passengers are facing the threat of peak season travel disruption…