If you were around in the 1970s, the melodic tones of John Inman trilling, “I’m free!” was a part of British comedy culture. His iconic catchphrase was just one famous aspect of the cult BBC sitcom, “Are You Being Served?”, following the epic misadventures of the employees of Grace Brothers department store.

The show was created and written by David Croft and Jeremy Lloyd and ran on BBC1 from 1972 to 1985, attracting 22 million viewers. During its 10 series, it captured the essence of the department stores of the ’70s. It was set in Grace Brothers’ London store, mainly in the gentlemen’s and ladies’ clothing departments, where the staff continually created mayhem and mischief as they went about their daily duties.

In addition to the long-running series, there was a one-off film in 1977, when the cast was transported to the fictional Spanish resort of Costa Plonka on a staff holiday. The film was adapted from a stage show that ran as the summer season show at Blackpool’s Winter Gardens in 1976. There was also a follow-up series with the original cast from 1991 to ’92. The show was resurrected in 2016 with a new cast for a one-off special celebrating 60 years of British television comedy.

The original series was voted the 20th best British sitcom of all time – and when it was broadcast again in the late 1980s, it still attracted high viewing figures. Are You Being Served also became a cult hit overseas in countries including New Zealand, the USA, Israel and Canada. Repeats are still being shown today, both in the UK and abroad. In the United States, a special spin-off show, The Best of Are You Being Served, was commissioned by BBC America in 1992. Featuring John Inman in the dual role of Mr Humphries and his mother, Annie, it reminisced about his time at Grace Bros.

The original show was created as a result of Lloyd having worked in the retail industry himself in the 1950s, most notably in a clothing store called Simpsons of Piccadilly, which closed in 1999 after being in business for more than 60 years. Lloyd and Croft had also performed a summer season in Paignton, Devon in years gone by and they were regular customers at a local department store called Rossiters. They part-based their comedy on the old-fashioned department store, which closed in 2009 after 150 years’ trading.

Ironically, Are You Being Served almost didn’t see the light of day. A pilot episode filmed in 1972, was shelved by the BBC and looked set to gather dust in the archives. However, the Munich massacre at the tragic 1972 Olympic Games led to live coverage being stopped suddenly, so the BBC broadcast the pilot episode to fill the vacant slot. It was so well-received that filming began on a full series soon afterwards.

The regular characters, all so different from each other, created a hilarious and often bawdy humour based on their interactions with each other and with customers. The five actors who appeared in every episode were John Inman, Mollie Sugden, Nicholas Smith, Frank Thornton and Wendy Richard.

The most famous character, Inman’s Mr Humphries, worked in the men’s clothing department, with his high-pitched cry of, “I’m free!” when customer service was required becoming one of the most famous sitcom catchphrases of all time. The character was said to be a former dance school instructor, whose theatrical side was clearly visible in his mannerisms.

Mrs Slocombe (played by Sugden) was the ladies’ department senior assistant, often gently mocked by colleagues for her multi-coloured hair, her airs and graces and her obsession with her cat. Her deputy Shirley Brahms (played by Wendy Richard) was a glamorous, bright girl whose attempts to disguise her Cockney accent often met with humorous results.

Thornton played department floor-walker Captain Peacock, who was a firm believer in sticking to the rules, maintaining protocol and adhering to a strict dress-code – said to be because of his military background as a World War II veteran. Smith portrayed Mr Rumbold, ladies’ and gentlemen’s departmental manager. As a rather bumbling character, his life revolved around Grace Brothers to the detriment of all else.

The dialogue was infused with innuendo and double entendres – a popular genre in the ’70s, but one that isn’t used as much in today’s more politically correct climate. The show was held in such high regard, that when it was discovered the original pilot episode (produced in colour) had been wiped, leaving only a black and white recording, the pilot was painstakingly restored to colour in 2009 using a special technique. It was showed in January 2010 on BBC2 as part of a celebration of Are You Being Served.

Everyone enjoys shopping, whether it’s in a high street store or online. If you want to know where to buy the best goods or where to avoid, check out Psydro’s customer reviews platform, where you will find genuine customer feedback. If you wish to share your own experiences, click here to find out how.

Don’t forget to check out our Christmas competition. We’re giving you the chance to win six fabulous prizes including a PlayStation 4 bundle, a 42-inch LED TV and an iPad – all you have to do is write a review! 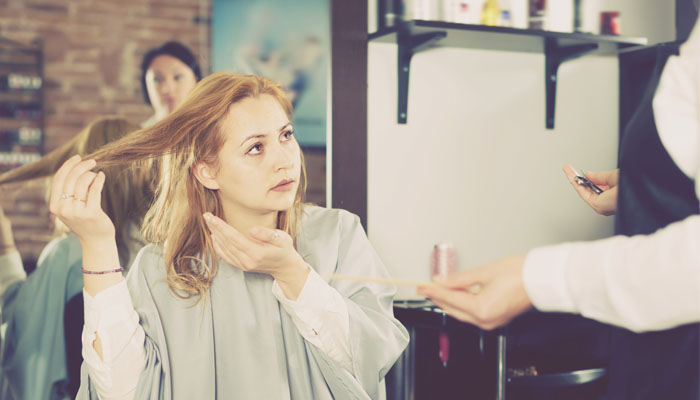 Hairdressing: What you can do...

A visit to the hairdressers should leave you feeling like…

How can we Help Solve...

We all hear plenty of news in the media about…